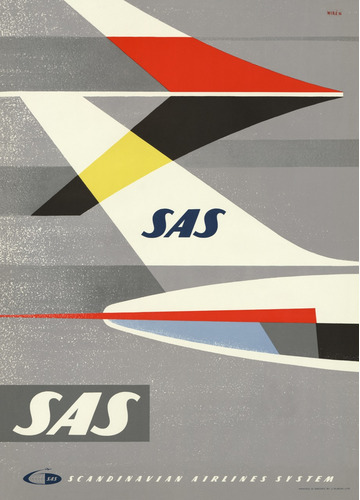 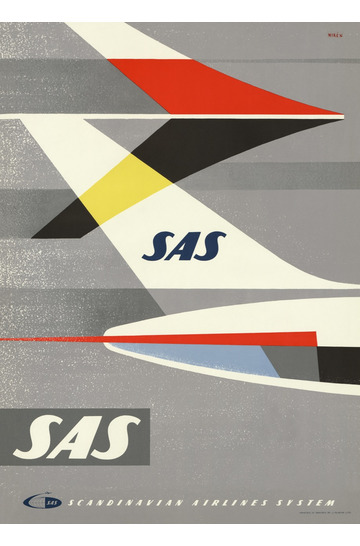 The sky is the limit!

SAS expanded quickly in the 1960s: The jetplane was introduced  in 1959, the new airport in Stockholm, Arlanda, was opened in 1962 and soon they – unbelievably enough – offered direct flights to long-distance destinations such as New York, Chicago and Tokyo (with a fast stopover in Alaska, of course).

The master illustrator Staffan Wirén was given the task to capture the new, fast age on a poster and he mixed it up with a trendy color scheme. Sixty years later, the poster feels modern again!