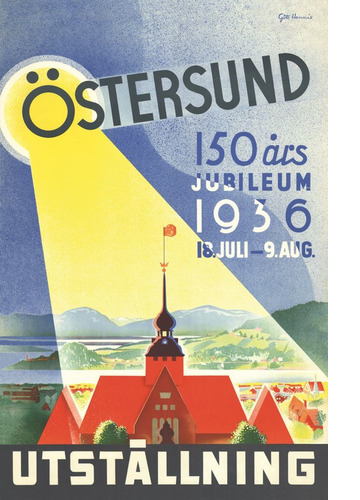 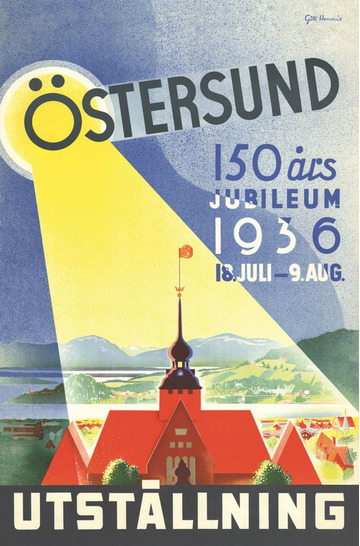 The well-known poster artist Göte Hennix was born and raised in Östersund, so it was obvious that he would enter the poster contenst organized by his hometown for the upcoming anniversary. And, no surprise, his poster won!

In conjunction to Östersund’s 150th anniversary, a large exhibition was organized. The organizer was the Östersund Factory and Craft Association and the idea with the exhibition was to “give a picture from selected areas of the spiritual and material culture of Jämtland and Härjedalen” (1936 Memorial Album).