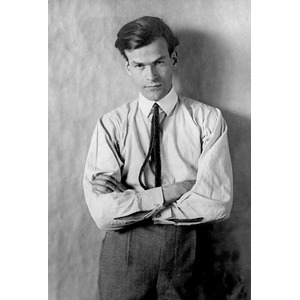 Göte Hennix was born in Östersund. He studied at Carl Wilhelmsons painting school, at Konstfack and the Royal Academy of Fine Arts. Painting and graphics were Göte’s main business, but he also successfully engaged in cine films and won several prizes in Sweden and internationally. He also enjoyed sining and playing the guitar.

In addition to painting, music and film Göte Hennix worked as a teacher. 1937-45 he led art circles at ABF and in 1946-69 he was teaching figurative drawing at Konstfack. He has painted indoor wall murals in the City Hall of Östersund, the Tourist Office in Åre, Sabbatsberg Hospital and roofing paintings at Karolinska Hospital. His works are represented in Gustaf VI Adolf’s collections and at several museums.