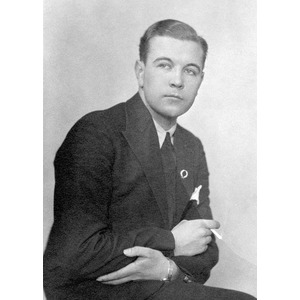 Olle Skrede was a visual artist and graphic designer. During the 1930s he studied at various schools in Stockholm and at the École des Beaux-Arts in Paris. He was also influenced by study trips to Switzerland, Italy, London and Düsseldorf.

Skrede created not only posters but also landscape paintings as well as portraits and advertising illustrations. He was for many years employed by Wezäta AB in Gothenburg. After retiring he started his own company, called ”Grafisk form”, and designed lottery tickets for Svenska spel (the state-owned company operating the gambling market in Sweden).