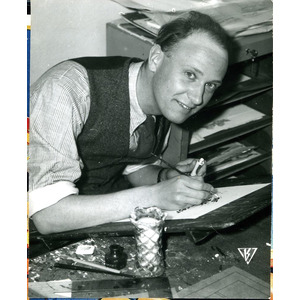 Curt Blixt began his career as a chaser at jeweler W.A. Bolin. In order to develop his artistical talent, Curt took evening classes at the Technical School (now known as Konstfack). After completing his studies, he was employed as an illustrator and designer at Esselte Reklam at Vasagatan in Stockholm. He shared an office with his friend Gunnar Bergenholtz on the top floor and they had a marvelous view of Stockholm.

The poster “Stockholm 700 Years” was Curt Blixt’s contribution to the poster contest for the celebration of Stockholm’s 700 jubilee in 1953. The real anniversary actually took place already 1952, but it was decided that the celebration would be postponed for one year in order not to compete with the Olympics in Helsinki, happening during that same year 1952. The jury was appointed by the City of Stockholm and the Swedish Tourist Association and they got about 50 proposals to choose from. Blixt had promised to invite his friends to a fabulous dinner at Riche if he took home the first prize, which in addition to the honor consisted of 3000 Swedish kronors. His proposal had the motto “The queen of Mälaren invites you to a party in the city and on the water “. Blixt won the competition and kept his promise of buying dinner. The seating was late and was not interrupted until the guest noticed that the artist was sleeping in the corner, worn out as he were from the hard work. The poster was printed in 25,000 copies. For the anniversary, Curt Blixt also created the poster “Stockholm during seven centuries”. 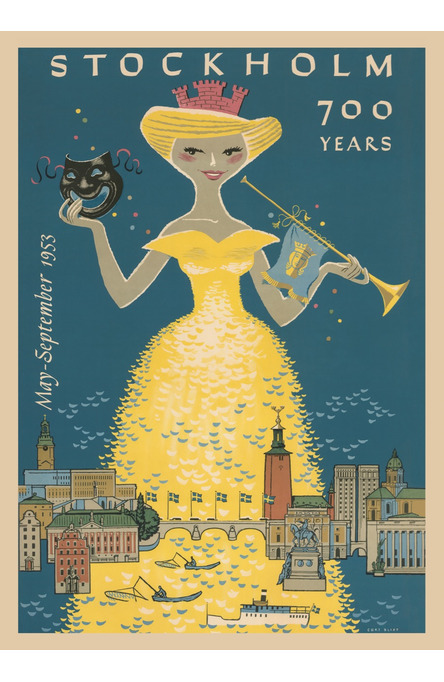 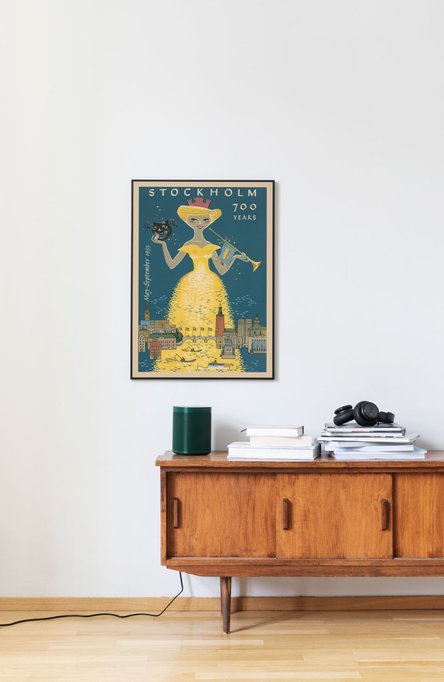 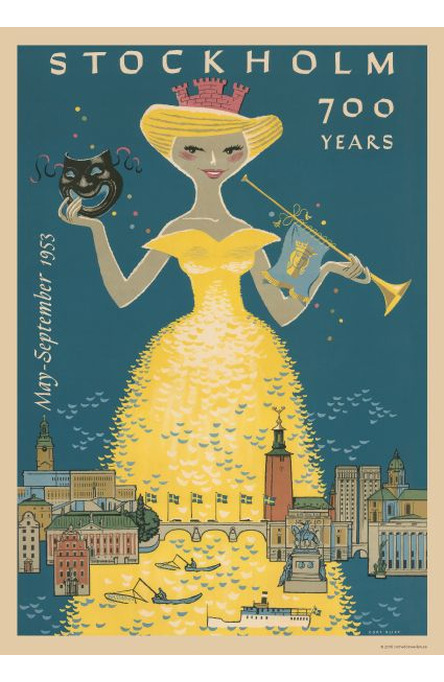 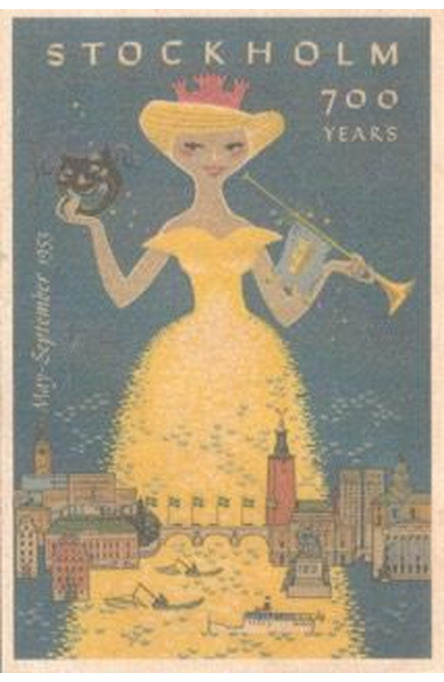 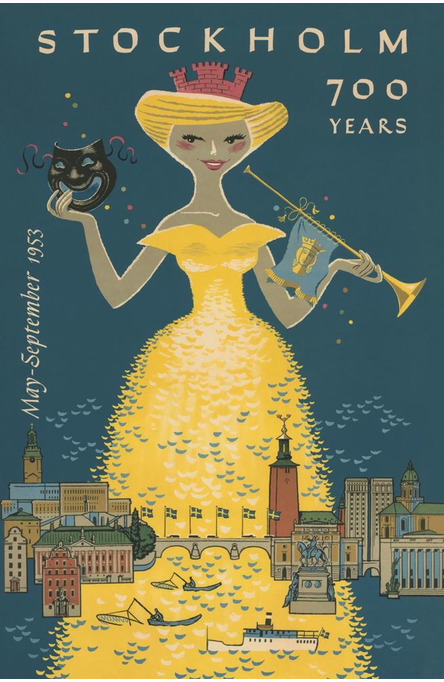 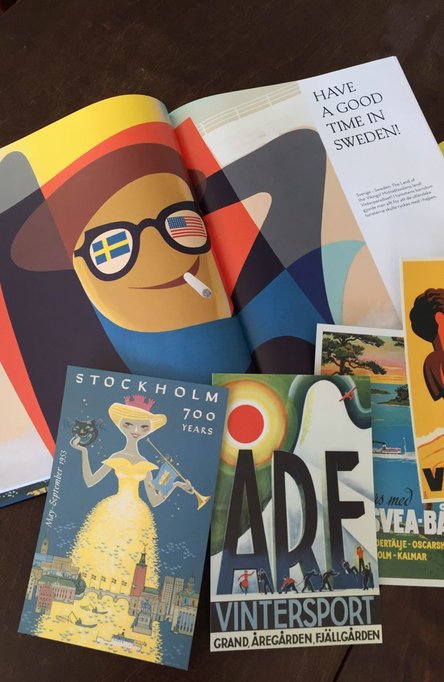