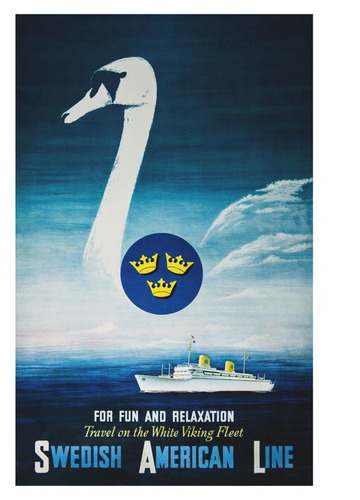 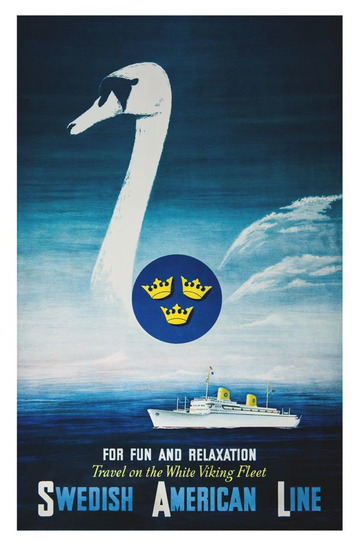 In 1952 SAL, The Swedish American Line, announced a poster contest. The jury got as many as 719 contributions and a young Fritjof Pedersén won with his poster “The Swan”.

SAL had their headquarters in Gothenburg, and the day before the winner was published Fritjof got a phone call to his home in Stockholm: “You won! You need to jump on the night train to Gothenburg so you’re here for the award ceremony tomorrow at 10 am.”

So he quickly made it to the train station and got on the train. And yes, he made it in time to the ceremony. Probably a bit tired, but very happy.