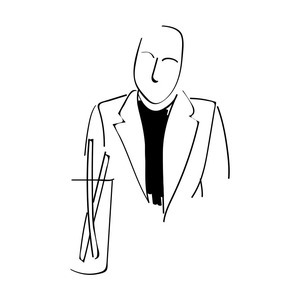 Yngve Berg was born in Stockholm and studied in Gothenburg at the Museum-, drawing and pairing school (now known as Valand Academy). He made a name for himself mostly as an illustrator, but he also did decorations and costumes for theatres and ornamental wall paintings. He was an art critic for Dagens Nyheter (1931-55) and the curator at the Thielska gallery (1949-1960). One of Bergs self portraits is included in Swedens National Portrait Gallery. At the later part of his life he suffered from Parkinsons disease, and that led to a severe depression. He destroyed a lot of his work, thinking that it was not good enough for anyone to see.

A fisherman in Stockholm 1928 Postcards