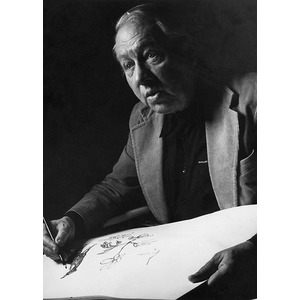 Erik Heffer was born in Lund. The family lived in Eslöv and the father was a painter, while his mother ran a store. The family moved to Stockholm where Erik graduated from the school Södra Latin. Erik was early interested in advertising and advertising posters of that time had a big impact on him.

His first workplace became Esselte where packages and labels were to be designed. The boss of the company was the well-known Ruben Rausing. It became a good school for young Erik.

Two years later he was employed by the news agency Svenska Telegrambyrån in Gothenburg and stayed there for two years. His next stop was Åhlén & Åkerlunds förlag (a publishing company) in Stockholm where he worked for four years. After that it was time for Svenska Telegrambyrån in Stockholm, which was looking for a new head of studio. In 1935 Heffer was recruited by the boss at the time, Helge Hirsch. Heffer became loyal to Telegrambyrån and stayed there until retiring – and a few extra years after that.

“He offered me 900 SEK per month, a staggering amount of money at the time, which I couldn’t afford to turn down” Heffer is quoted as saying in the book Svenska Reklamaffischer.

Heffer was more than just the head of studio, ha had a nose for trends in advertisement and he had an ability to find the right persons for the right jobs. Among other things, he made it possible for the nowadays legendary Ove Pihl to get his first ad job.

”Erik Heffer was humble and very pleasant. That is the best way to describe him. In addition, he gave me my first job in the advertising industry, and we became friends for life. Eric was a go-to person if you needed to talk. He always had a kind word, which sometimes was needed at Svenska Telegrambyrån since the atmosphere was not always on top. Erik was an often-seen friend in our home during chrismas or easter. He became a widower quite early and his son Douglas had moved to Paris. So, in a way, I became an extra son for him and Erik an extra father to me.” Ove Pihl explains when we reach him by phone.

The poster that might be most connected to Erik Heffer is not a travel poster, but a poster that came about after the war. The purpose of the poster was to counteract the disorder on the labor market when people were shifting jobs all the time. Heffer created the concepts “Hoppjerka” with was a poster with a worker jumping like a grasshopper from one factory to another.

“I remember sitting on the tram one day when I overheard two guys talking. Suddenly one of them says, ‘You are such a bloody hoppjerka’. So at that point I understood that the campaign had pulled through” Heffer has told. Erik was called “Jerka” as a kid.

Erik Heffers most famous travel poster came about in 1944. Swedish Lloyd launched a travel poster competition and Heffer won it together with the prize money of 2500 SEK. The notification came in the form of a telegram.

”The jury of the Swedish Lloyd travel poster competition has awarded you the first prize for your entry with the motto “the Pipe Dream”, of which we congratulate you. Swedish Lloyd/Bökman”.

As a poster creator Erik Heffer was one of the best known in Sweden and the tasks and the prizes were many. For SJ, the Swedish State Railways, he created many classical posters, always with humor and the experiences in focus. In the poster ”En resa med SJ till fjällen” the train itself is not so significant, the importance in Heffers motive is the joy of those who travel. Today it might be self evident, but at that time it was often the technique of travel, like a steamer, an airplane or a powerful train that dominated.

In 1991 Erik Heffer was elected to the Platina Academy (the Hall of Fame for the advertising industry). 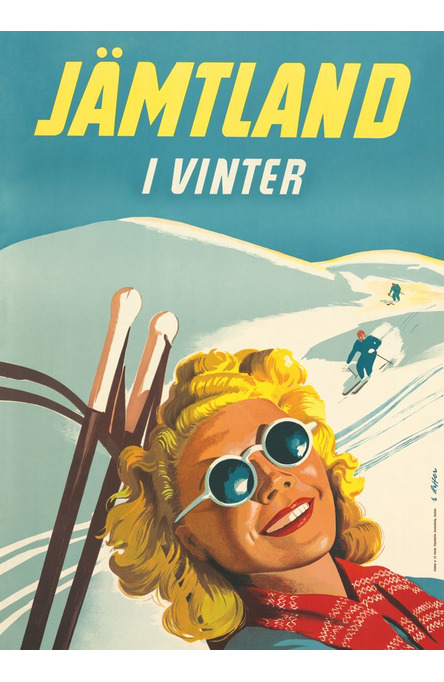 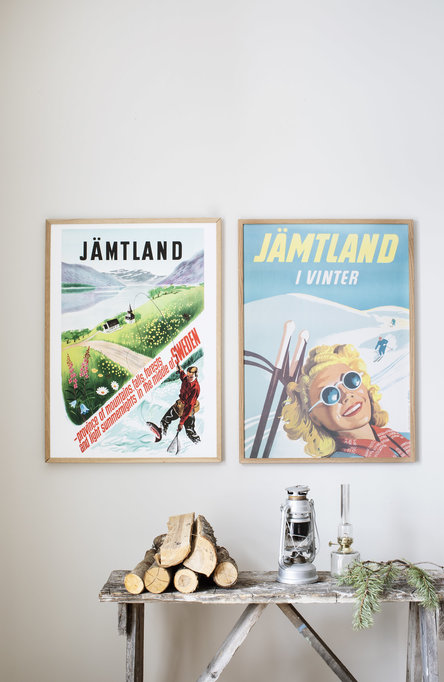 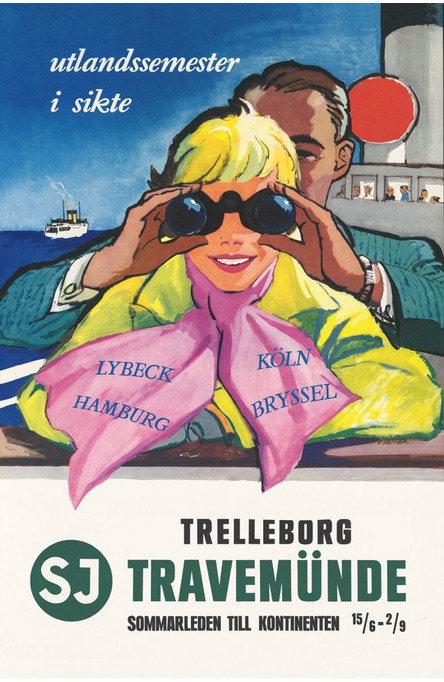 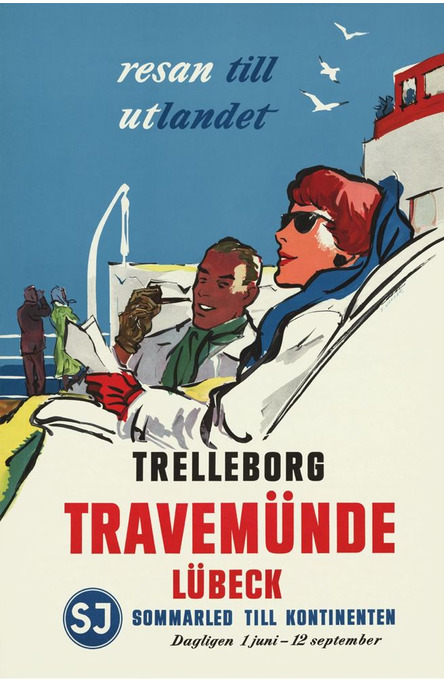 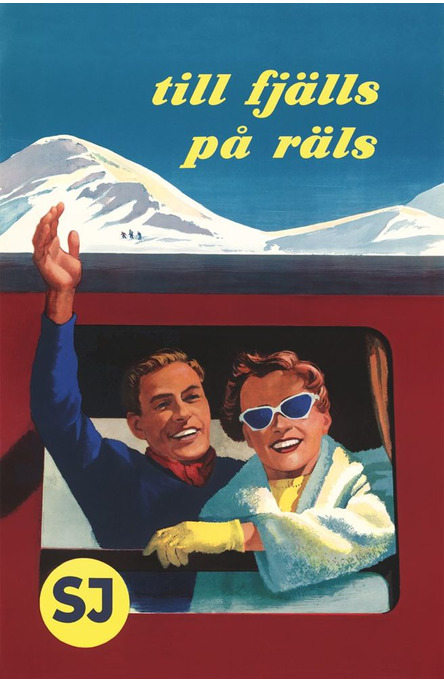 To the mountains by train 1953 Postcards